“You’re so lucky to be a woman of color right now.”

Iterations of this sentiment currently hang over Hollywood like an added layer of plexiglass above the proverbial glass ceiling. Replace “woman of color” with any description of someone who doesn’t identify as a White, cis-gendered, heterosexual, able-bodied male, and it applies – at the moment, we’re fortunate not to be them. We’re fortunate to be in-demand, to be buzzed about. We’re fortunate we’re not the bad guys.

On the other side of that “fortune” is an anger and resentment that comprise the deep divides we see across our politics, country, in our families. The divides are so deep and so personal, we can’t even discuss the relativity or truthfulness of this new-found “fortune.” It is plausible that more types of people are getting called in to interview for a wider spectrum of jobs in entertainment, but it is certain that many are saying it’s not enough, and conversely many others are seeing it as a threat to their livelihoods.

Last week, a Women In Film tweet supporting Brie Larson’s goal to diversify her CAPTAIN MARVEL press tour resulted in more comments than any of our tweets in recent history. The comments were, to say the least, not supportive, and the writers “overwhelmingly white and male.” While we’re not talking thousands of engagements, it’s telling that our most engaged-with post garnered mostly negativity. We could write it off as a byproduct of who’s online and empowered to comment, but I think that “writing off” is exactly what we’re called to examine.

In a business where we are trained to understand our ability even to have a job as a piece of a zero-sum game, we’re also expected to write off each other’s humanity. If a woman of color gets an industry job that could have gone to a White man, she is seen as the enemy, even though it’s likely a White man hired her, and for all of preceding history, a White man would have gotten that job, and maybe didn’t think to have an enemy. If a man voices his fear about his loss of status or agency in today’s rapid cultural shifting, he is seen as an unevolved part of the problem, even though this is perhaps an unprecedented moment for revelations of male vulnerability (and sensitivity). And I’m not saying the Twitter comments were thoughtful or constructive, but I’m recognizing the context in which they are emerging. We’re all terrified right now, but some of us have been terrified for longer, and by threats more physically violent than job insecurity.

For those of us for whom it is true, may we be cogent in our role as storytellers. Our human culture is woven with complex narrative threads of understanding and empathy, and torn apart when we refuse to see each other as reflections of ourselves. Do I personally think men have more work to do in paving the path to an equitable world? Yes. But I also commit to working in solidarity with them, and all their humanity, to ensure it happens. 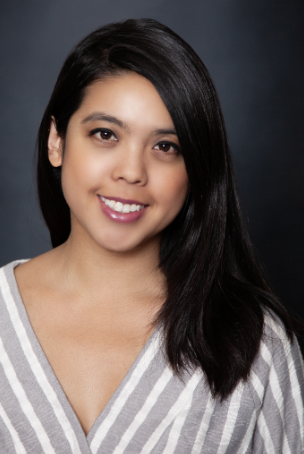