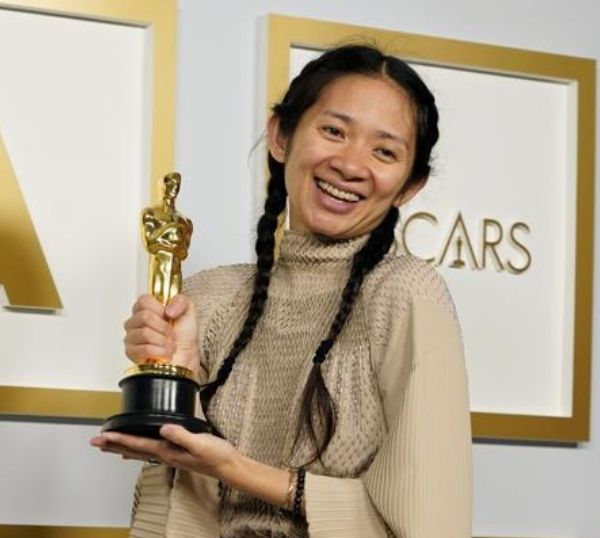 WIF congratulates the women who took home Oscars at the 93rd Academy Awards, held on Sunday, April 25, 2021. This year saw a number of notable achievements for winners, and the ceremony was tied with the 91st Oscars for the most women winners, in a year when more women than ever before were nominated. Chloé Zhao won two awards for directing and producing NOMADLAND, for which she was also nominated for writing and editing, and became the first woman of color—and only the second woman ever—to win the Best Director Oscar. Emerald Fennell (herself one of only seven women ever to be nominated for Best Director) won the Original Screenplay award for PROMISING YOUNG WOMAN. The team behind MA RAINEY’S BLACK BOTTOM also made history, as winners Mia Neal and Jamika Wilson were the first Black women to even be nominated in the Makeup and Hairstyling category, and the film’s costume designer, Ann Roth, is tied for the most senior Oscar winner ever, at 89.

Neal’s acceptance speech perfectly summarized the complex emotions and issues surrounding the continued drive to be accomplishing historic “firsts” after a century of filmmaking. “As Jamika and I break this glass ceiling with so much excitement for the future… I can picture Black trans women standing up here, and Asian sisters, and Latina sisters, and indigenous women, and I know that one day it won’t be unusual or groundbreaking—it will just be normal.”

And the women winners are…

Original Song
“Fight For You” from JUDAS AND THE BLACK MESSIAH – music and lyric by H.E.R.; lyric by Tiara Thomas