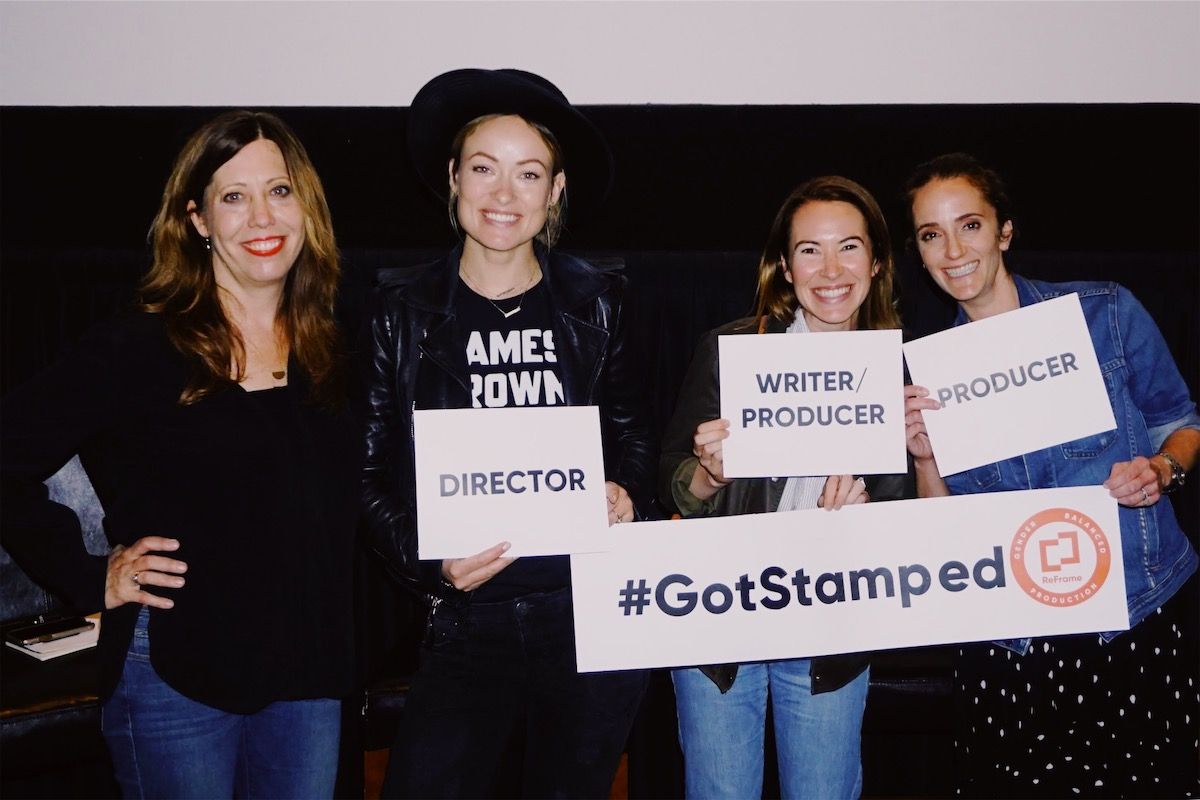 In-person events are postponed until further notice. While adjusting to distanced programming during the current pandemic, we have been excited to offer virtual events such as Laptop Cinema Club, which features in-depth chats with the women behind the latest and greatest streaming series and movies, and Conversations & Connections, presenting panels of filmmakers and thought leaders discussing their paths in the screen industries.

Virtual event highlights have included a conversation with the executive producer and star of Hulu’s “The Great,” Elle Fanning; a panel of female filmmakers from the Middle East and North Africa including Haifaa al-Mansour, Maryam Touzani, and Maryam Keshavarz; a look back at STARZ’s “Vida” with its showrunner Tanya Saracho and “One Day at a Time”‘s Gloria Calderón Kellett; and many more.

The Speaker Series, which has been held at the West Hollywood Library, is presented in partnership with the City of West Hollywood’s Department of Arts and Culture.

Conversations & Connections: The Women of "Late Night with Seth Meyers"

We are lucky enough to have five of the “Late Night with Seth Meyers” writers to discuss their careers in comedy, how and when career intersects with identity, and current events. Please join us for this fascinating conversation spanning comedy to writing with Amber Ruffin, Jenny Hagel, Allison Hord, Dina Gusovsky, and Karen Chee, moderated by Variety‘s Jenelle Riley. 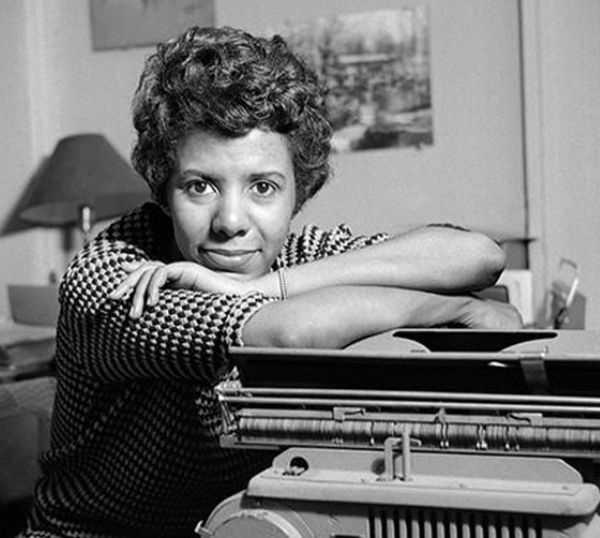 Join WIF in conversation with LORRAINE HANSBERRY: SIGHTED EYES/FEELING HEART director Tracy Heather Strain, moderated by Dr. Taiyon Coleman. The documentary (which is now streaming on PBS and on the PBS app) is the first in-depth presentation of Hansberry’s complex life, using her personal papers and archives, including home movies and rare photos, as source material. The film explores the influences that shaped Hansberry’s childhood, future art, and activism.

The first 100 attendees will be admitted into the webinar. All other registrants will be redirected to Facebook Live. 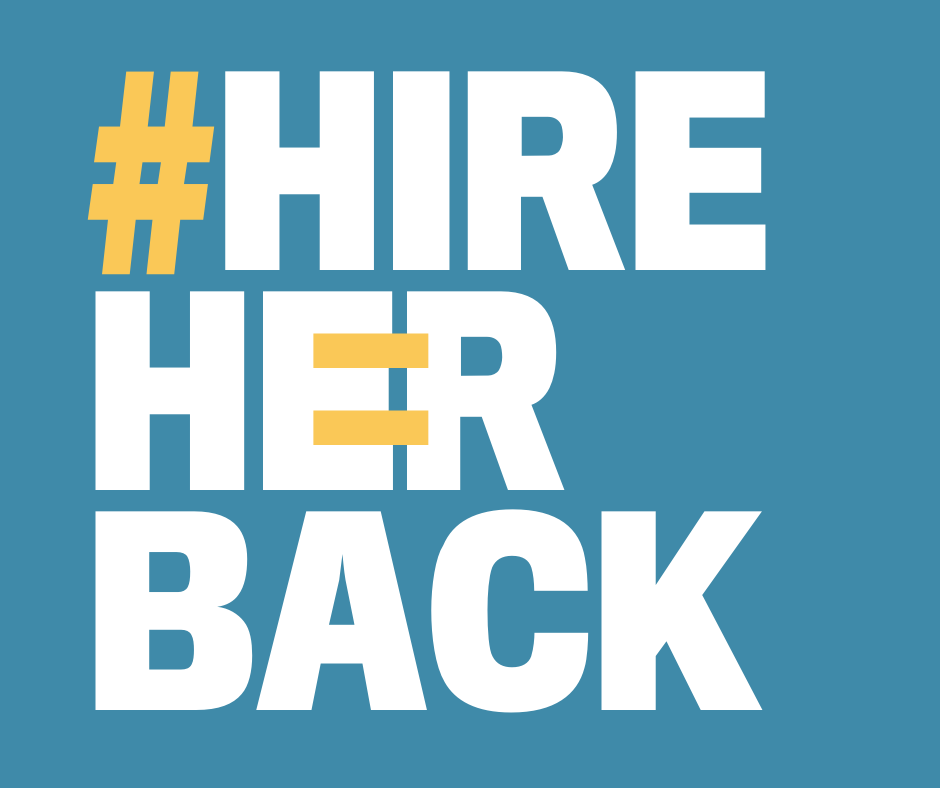 The CW Network will be broadcasting Women In Film Presents: Make It Work!—a one-hour variety special combining music, comedy, and fun celebrity guests—exploring the issues and solutions for getting women back to work. The special will benefit WIF’s Hire Her Back campaign, calling for industry-wide action to rebuild a workforce that hires women and people of color equitably as we recover from the COVID-19 crisis. 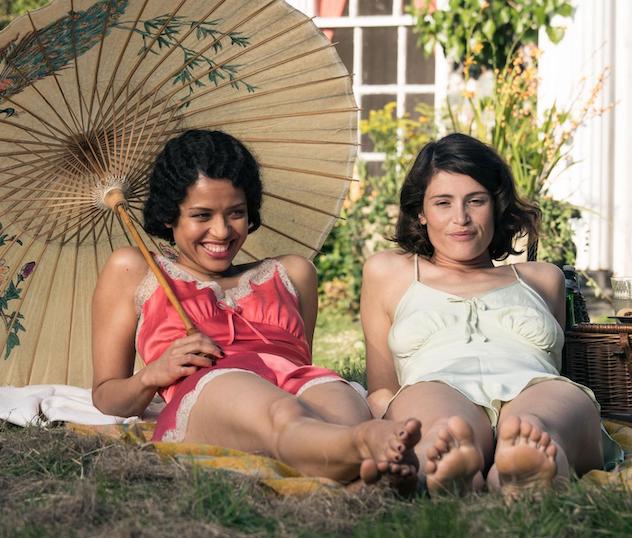 Join WIF and writer/director of SUMMERLAND, Jessica Swale, in conversation with lead actors Gemma Arterton and Gugu Mbatha-Raw. This conversation will be moderated by journalist Rebecca Sun. SUMMERLAND follows Alice (Arterton), a reclusive writer resigned to a solitary life on the seaside cliffs of Southern England while World War II rages across the channel. When she opens her front door one day to find she’s to adopt a young London evacuee named Frank, she’s resistant. It’s not long, however, before the two realize they have more in common in their pasts than Alice had assumed. 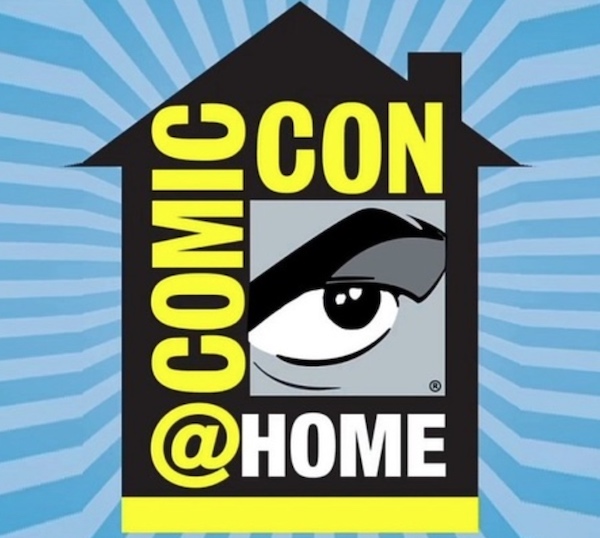 What is so great about working as executive producer and director on a Frank Miller/Tom Wheeler project? What is it like to direct Charlize Theron and Kiki Layne in complicated fight scenes? How does working with women above and below the line make a film with Kelvin Harrison Jr, Tracee Ellis Ross, and Dakota Johnson more nuanced and believable? What does a producing director on “Queen Sugar” do? Find out all this and more, including why supporting women in film is so vital to equality for all, and how fans can make a difference, on this exciting female filmmaker-focused panel. Watch WIF Board member and ReFrame Ambassador Nisha Ganatra (director: Late Night, The High Note), Lauren Wolkstein (director: “Cloak & Dagger,” supervising director: “Queen Sugar”), ReFrame Ambassador Gina Prince-Bythewood (writer/director: Love and Basketball, director: The Old Guard), ReFrame Rise Fellow Zetna Fuentes (director: “Jessica Jones,” executive producer/director: “Cursed”), and Alison Emilio (director of ReFrame) as they share their experiences and insights. Moderated by Leslie Combemale (creator: Women Rocking Hollywood, freelance writer: AWFJ.org). 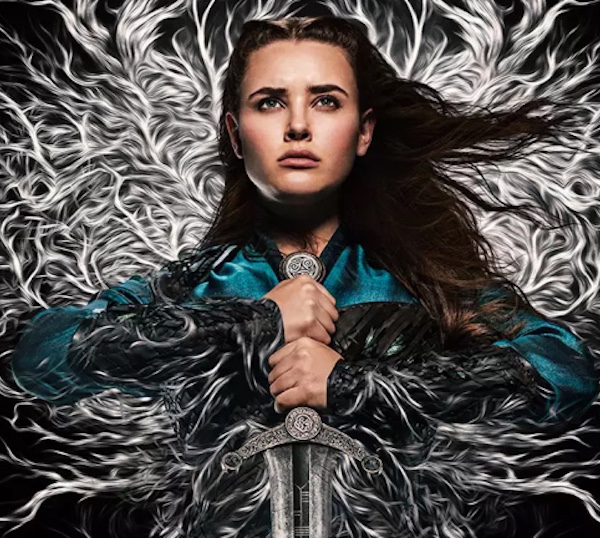 Join WIF for an exciting conversation with Netflix’s “Cursed” director Zetna Fuentes, moderated by TV & film critic Yolanda Machado. Zetna is one of eight directors in the inaugural class of ReFrame Rise, a two-year sponsorship program that provides high-level endorsement and career acceleration for experienced female directors who are poised to lead commercial features and high-profile television shows.

Netflix’s “Cursed” follows young rebel Nimue who, armed with mysterious powers and a legendary sword, joins forces with charming mercenary Arthur on a mission to save her people. 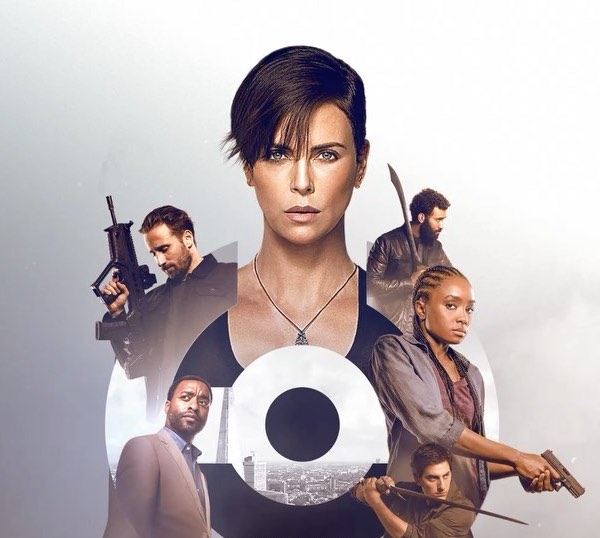 Join us for an exciting conversation with Netflix’s THE OLD GUARD director, ReFrame Ambassador Gina Prince-Bythewood, moderated by Vulture writer Angelica Jade Bastién. Based on the acclaimed graphic novel, the film brings Charlize Theron back in action, and is a gritty, grounded, action-packed story that gives audiences a fresh, slyly humorous, and unique take on immortality. 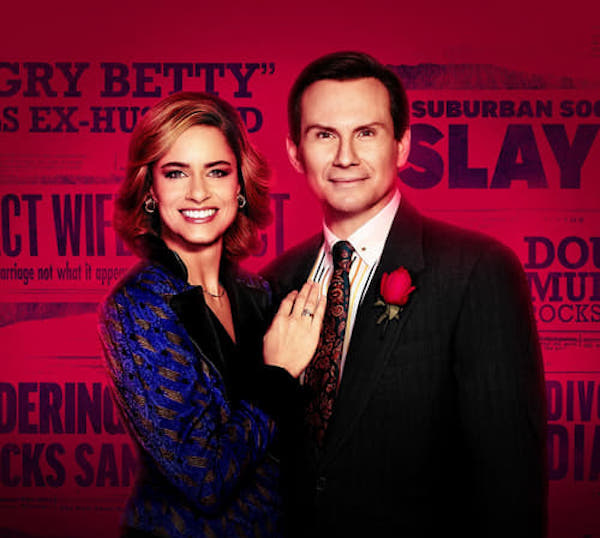 Join us for a discussion with “Dirty John” creator/showrunner Alexandra Cunningham and executive producer Jessica Rhoades. “Dirty John: The Betty Broderick Story,” starring Amanda Peet and Christian Slater, is based on a true story of love gone wrong—spanning the ’60s to the ’80s, through the breakdown of a marriage that Oprah deemed one of “America’s messiest divorces,” before it ended in a double homicide. 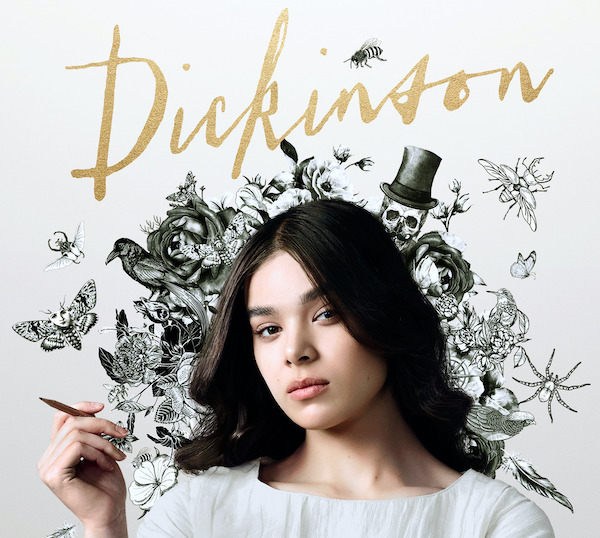 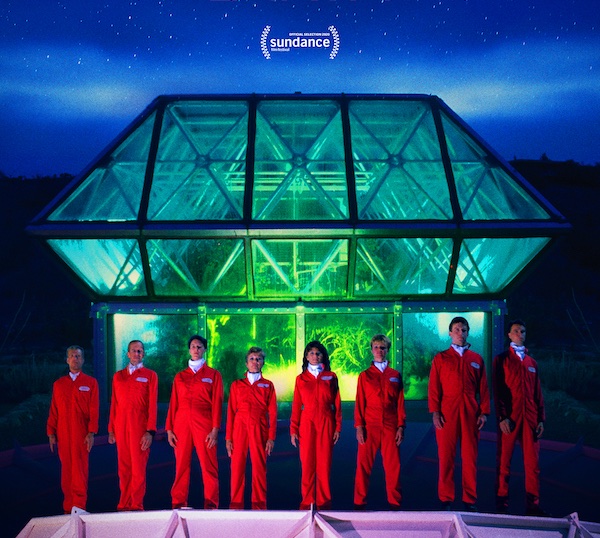 Join us Wednesday, July 8, to discuss the Sundance Fest documentary SPACESHIP EARTH with producer Stacey Reiss and the film’s music supervisor, WIF Board member Tracy McKnight. We have a limited amount of Fandango codes available to watch the film before the event! 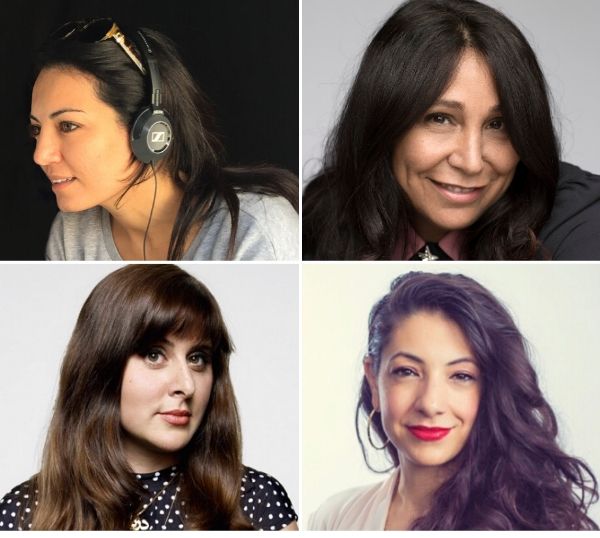 We are lucky enough to have three MENA (Middle East and North Africa) directors to discuss their careers, festivals, how and when career intersects with identity, and current events. Please join us for this fascinating conversation spanning documentary to narrative with Maryam Touzani (ADAM), Maryam Keshavarz (CIRCUMSTANCE), Haifaa al-Mansour (THE PERFECT CANDIDATE, WADJDA) moderated by Dr. Maytha Alhassen. 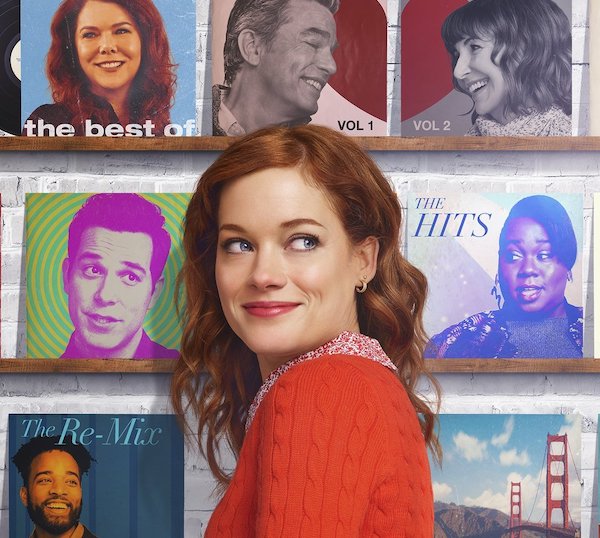 Join WIF and producer and choreographer of “Zoey’s Extraordinary Playlist” Mandy Moore with lead actress Jane Levy for another edition of Laptop Cinema Club! In NBC’s newest Emmy contender, if there’s a song in your heart, it will get in her head. Jane Levy stars in this high-concept drama as Zoey Clarke, a whip-smart computer coder forging her way in San Francisco. After an unusual event, Zoey, who always preferred podcasts over pop songs, suddenly starts to hear the innermost wants, thoughts and desires of the people around her – her family, co-workers and complete strangers – through popular songs. At first, she questions her own sanity, but after getting some guidance from her musically adept neighbor, Mo, and making a breakthrough with her ailing father, Zoey soon realizes this unwanted curse may just be an incredibly wonderful gift as she connects with the world like never before. All registrants will have a link to check out the series! 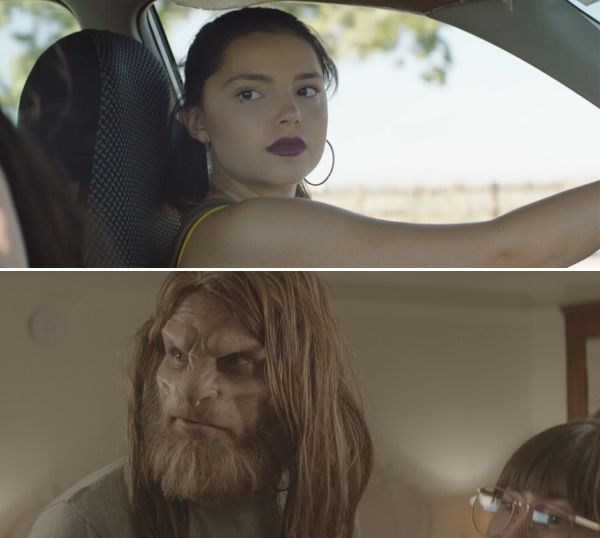 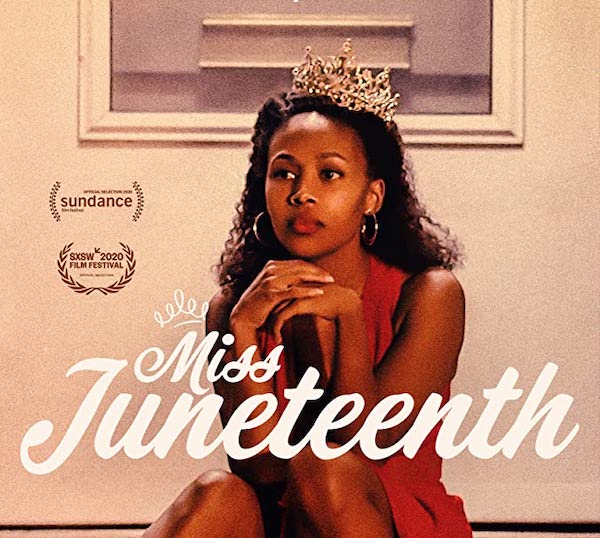 Join WIF and director of MISS JUNETEENTH, Channing Godfrey Peoples (“Queen Sugar”) in conversation with esssayist, author and activist Taiyon J Coleman. A selection for both Sundance and SXSW with rave reviews, the film is Godfrey Peoples’ first feature. Don’t miss this chance to learn from her advancing career– and to celebrate this heart-warming film. 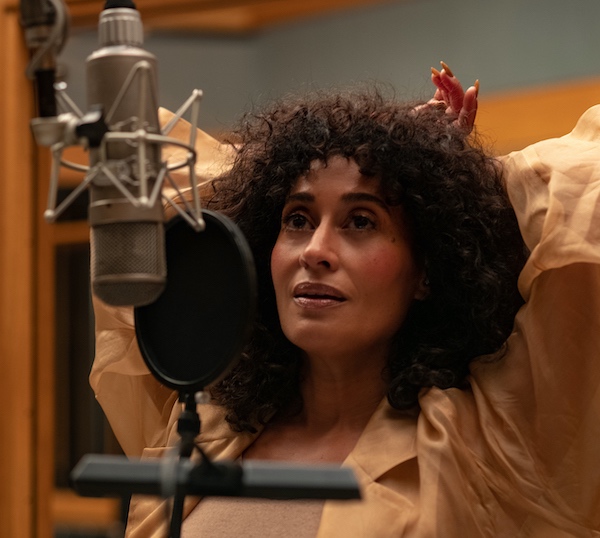 Join us to discuss the Tracee Ellis Ross and Dakota Johnson starring film THE HIGH NOTE with its director, WIF Board member Nisha Ganatra. Moderated by Executive Director of Women In Film, Kirsten Schaffer. 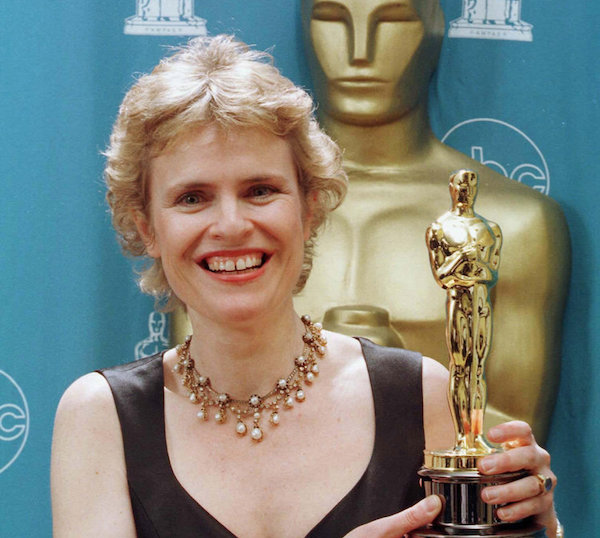 Join us on Facebook Live for a conversation with Academy-Award winning composer Rachel Portman (The Cider House Rules, Chocolat, Emma), the first female composer to win an Academy Award. She’ll be in conversation with Billboard‘s Melinda Newman to discuss her new album, ask the river, released earlier this month via Node Records. Do not miss this fascinating conversation about the intersection of film and music in the entertainment industry! 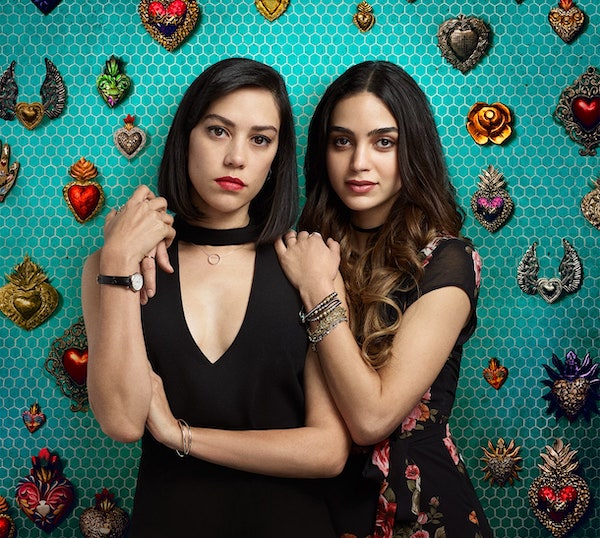 Join WIF and the showrunner of the Starz series “Vida,” Tanya Saracho—in conversation with ReFrame Ambassador and showrunner of “One Day at a Time,” Gloria Calderón Kellett! The series finale of this milestone show, a beacon for both the queer and Latinx community, is upon us in just a few more episodes! Celebrate with us and Tanya as we look at the past three seasons of the series—one of the first ever to receive the ReFrame Stamp for Gender Balanced Production for Television! 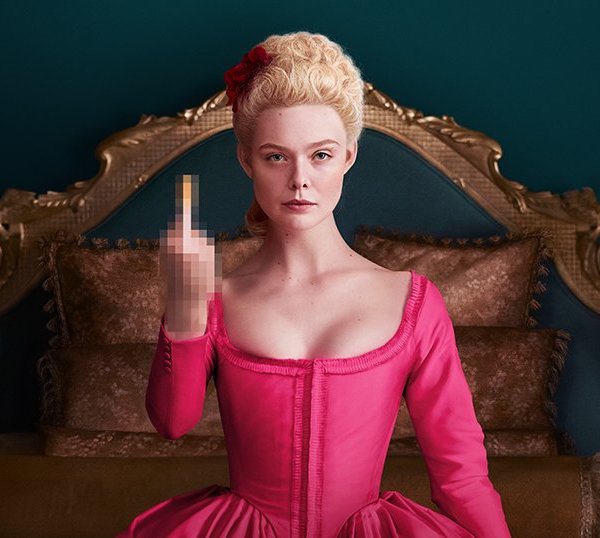 Join WIF and Elle Fanning to discuss her role as executive producer and star of “The Great,” the new original series now streaming on Hulu! Elle Fanning leads this comedy—created by the co-writer of THE FAVOURITE—as Catherine the Great, who becomes involved in a plot to overthrow her husband Peter III (Nicholas Hoult). 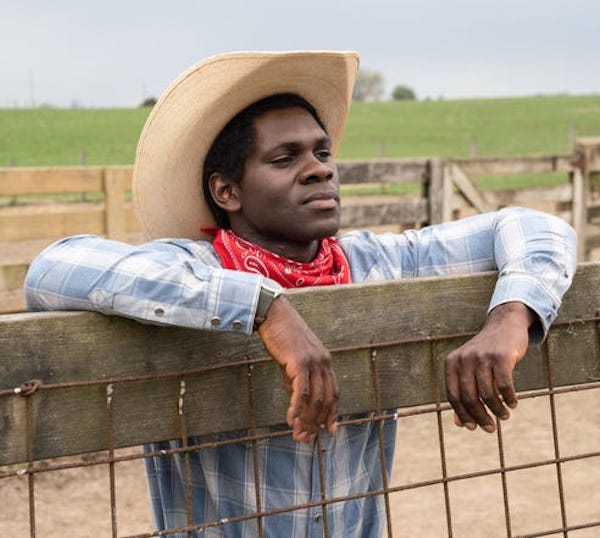 Join WIF and executive producer and co-creator of Apple TV’s “Little America,” Emily Gordon! Watch in preparation for this conversation about the new anthology series, moderated by Anita Sarkeesian. 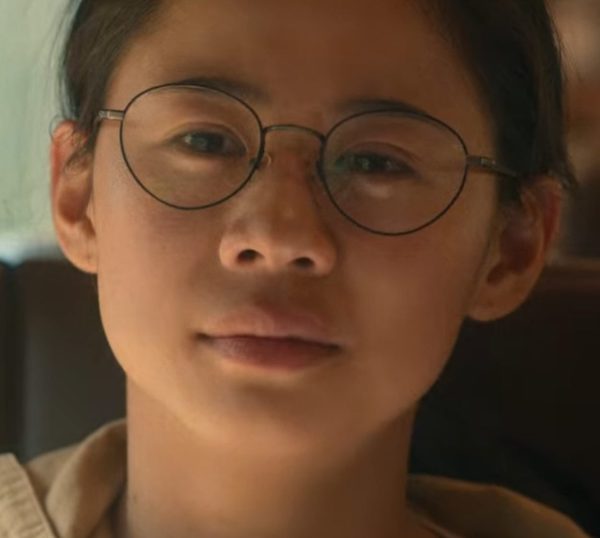 THE HALF OF IT with Alice Wu

THE HALF OF IT with Alice Wu

Join WIF and director, writer, producer of THE HALF OF IT, Alice Wu! We’ll be joined by Music Supervisor Tracy McKnight, in a conversation moderated by journalist Rebecca Sun. 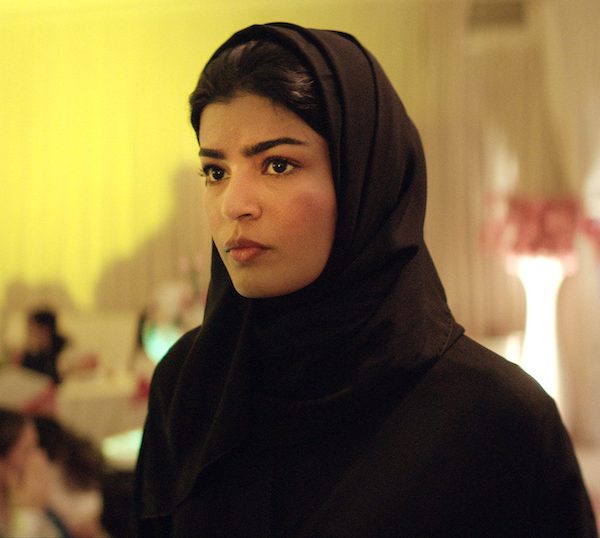 Join us for a post-screening discussion on Instagram Live of THE PERFECT CANDIDATE with director, and ReFrame Rise Fellow, Haifaa al-Mansour in conversation with Dr. Maytha Alhassen​​​​​! Watch the film, then follow us on Instagram to join the fun. 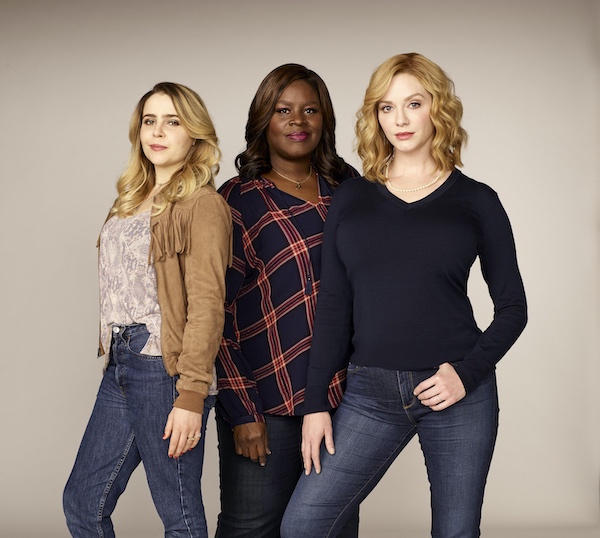 Laptop Cinema Club screens GOOD GIRLS’ first episode! While money is on our minds this week, let’s dive into the thrilling world created by Jenna Bans (Grey’s Anatomy, Scandal, Desperate Housewives) about three suburban mothers who suddenly find themselves in desperate circumstances. Chat, relax, and watch a women-written show that’s now in its third season, with the WIF staff! 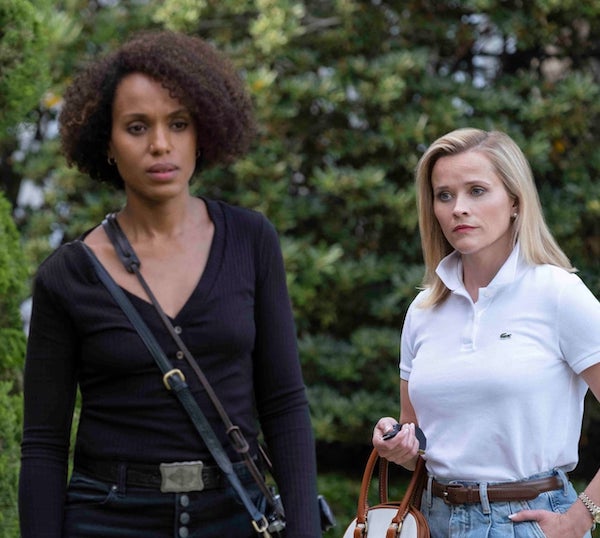 Watch the final episode and then make sure to join the discussion on Zoom with these amazing media makers! 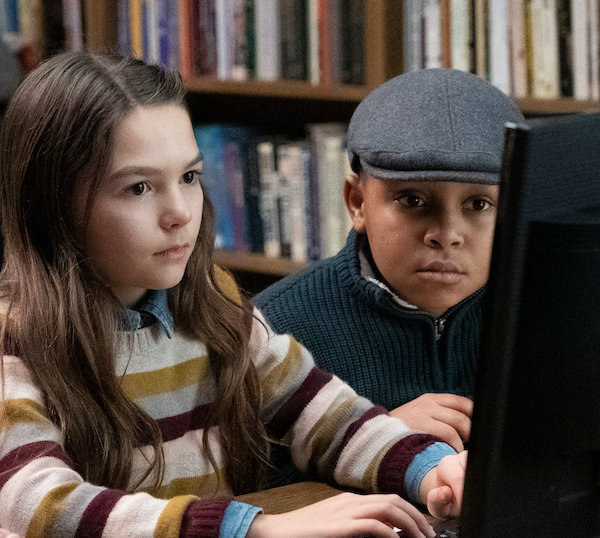 Join us for a discussion with Dana Fox, showrunner of the new Apple TV mystery drama “Home Before Dark,” in conversation with Lorene Scafaria (dir, HUSTLERS).

And for a brief time, attendees who rsvp to join the conversation will receive a free code to check out HOME BEFORE DARK and other awesome Apple TV shows! 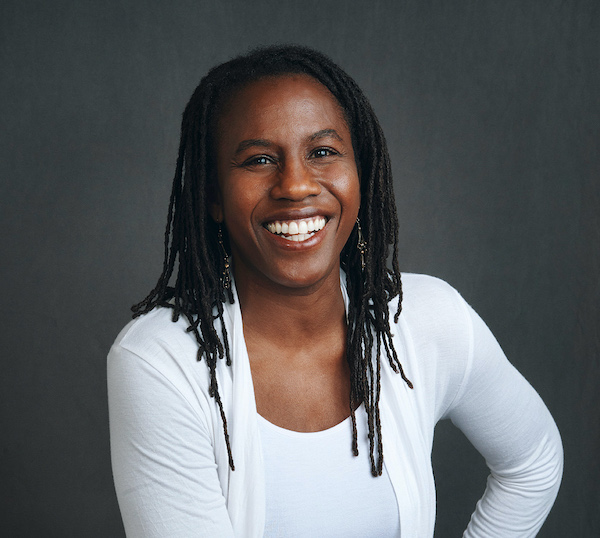 Join WIF, award-winning ReFrame Rise director Hanelle Culpepper (“Castle,” “S.W.A.T.,” “Sleepy Hollow,” “Criminal Minds”), and accomplished actor Michelle Hurd (“Gossip Girl,” Marvel’s “Daredevil,” “Blindspot,” “Hawaii Five-O”), for a gripping conversation about their work on the latest compelling entry in the storied Star Trek franchise, “Star Trek: Picard”! Tune in for insights about their experiences working on a show with the weight of so much fan expectation; the challenges and rewards of carving out a career in today’s TV landscape; and the ways they keep their creative fires lit. 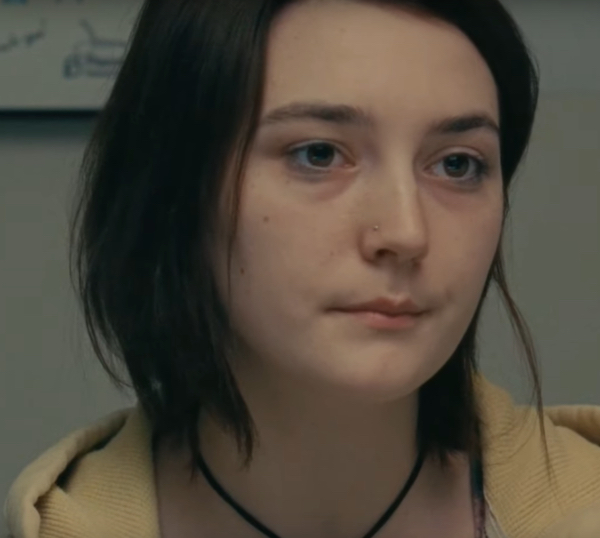 Join us for a special Q&A with Eliza Hittman, director of Never Rarely Sometimes Always, along with lead actor, Sidney Flanigan (“Autumn”) and other members of the cast. The Hollywood Reporter calls this film “quietly groundbreaking” and it’s a NYT Critic’s Pick.  Don’t wait to catch this amazing film starting 4/3 on VOD release! Watch before you join our hangout or come to be inspired by the discussion alone.